In 2007, Tashkent was named the center of Islamic culture of the East for its caring attitude and preservation of Islamic architecture monuments, because here was stored a unique 7th century Quran of Caliph Osman and located   Spiritual Administration of Muslims in Uzbekistan.

In the first historical part, you will see Sheikh Abdul Kasim Madrasah on Beshagach (now House of monuments protection of Uzbekistan).

Then we will visit the Mausoleum of Sheikh Khovandi Takhur 14c., Mausoleum Kaldyrgach-bey15v., Mausoleum of Yunus Khan 15c. located on Sheikhantaur (Near modern Islamic University).

Sebzar part of medieval Tashkent is presented by   Kukeldash madrasah 16c. and complex of Hazrat Imam 10c.-18c.  In the fourth historical part, you will see Mazar Sheikh Zaynutdin Bobo on Kukcha which includes a mosque and mausoleum of the 16th century. In addition, you will be able to visit the ensemble of Zangi-ata 14c.-21c. located near Tashkent. 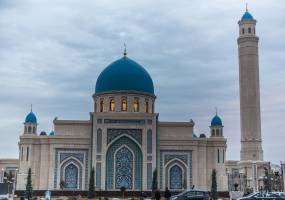 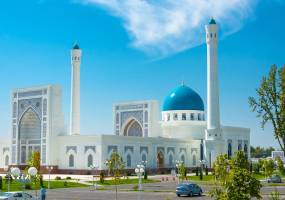