This architecture represents ideas of independence and prosperity of the sovereign democratic state of Uzbekistan, entered into the world community.

This tour appropriate to start with the central Independence Square ensemble, which embodies the ideas of independence, humanism and prosperity of the country.

Here you will find the Monument of Independence and Humanism, which was constructed by sculptor Ilhom Jabbarov.

Initially, in 1991, a bronze globe with the geographical boundaries of the Republic of Uzbekistan was set on a granite pedestal, symbolizing the entry of Uzbekistan into the world community. Then in 2006,  sculptural composition has been added by Image of happy Motherland with a child in his hands, symbolizing the bright future of the country.

Further along the avenue Sharaf Rashidov our route goes to the Cosmonauts Avenue, on the way we will see the Central exhibition hall of the Academy of Arts of Uzbekistan and the gardens and parks.

Also during the tour you will get acquainted with the Big State Academic Opera and Ballet Theatre named after A. Navoi 1939-1947, restored in the years of independence.

Then, near ensemble of Amir Temur Square we head on the street A.Temur to complex Shohidlar hotirasi at Tashkent TV Tower.

Our tour ends at the mazar Minor  acquaintance with Ak-mosque, opened October 1, 2014. 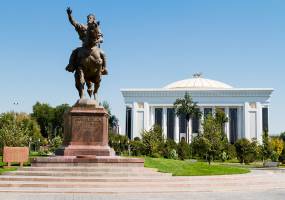 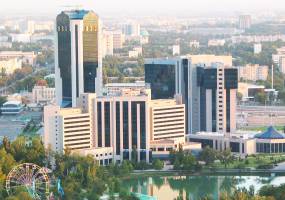 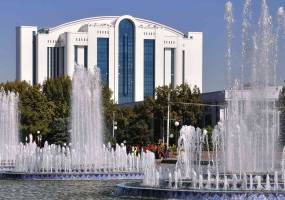 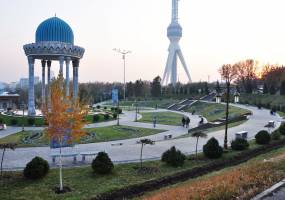